First up, Phase III of my New Mongol Army (pun semi-intentional)--a unit of heavy cavalry, possibly the general for a Hordes of the Things army. 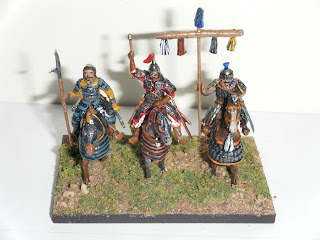 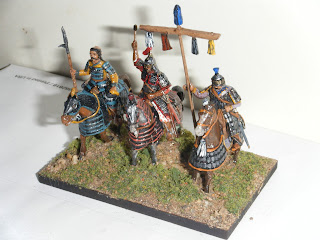 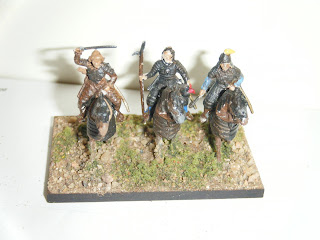 As I have alluded to before, this is not the first time I have tried my hand at painting Mongols. Now, for the first time, a sample of my earlier works are displayed here in all their hideous glory. In all seriousness, though I shudder to look at them now, this was one of my first major miniatures projects, and was an important testing ground for a couple of basic painting techniques. Besides, from a couple of feet away, in dim light, they're... passable.

What has befallen our hero? Will he survive? Tune in next time for the further adventures of Colobran Ezursson, Independent Wealth Redistribution Specialist!