I've made it my resolution this month to paint at least one stand of figures per day, so by the time November rolls around we should have quite a host amassed. (And maybe be ready to start this campaign...) What with the previously-mentioned disruptions to my supply lines, my painting selection has been a bit random. My brother and I have been digging through the piled boxes of figures, mixing and matching to build armies to our taste, so inspiration has occasionally crystallized in somewhat odd ways. 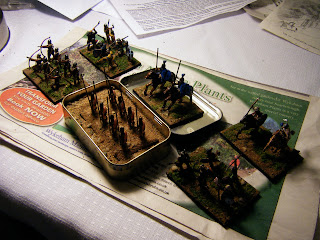 Here's my total recent output. Today's stand of Antediluvian spears is part way through the basing process--hence the Altoids tin full of sand. 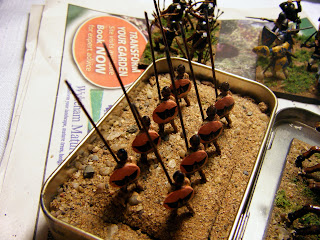 Here's a closer look at them. The emblem on their shields is a brachiopod. 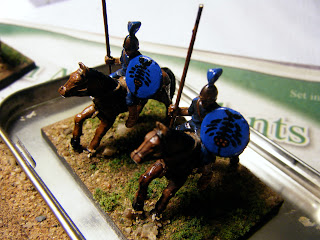 These are the Opabinia cavalry for my Antediluvians, which I did up yesterday. 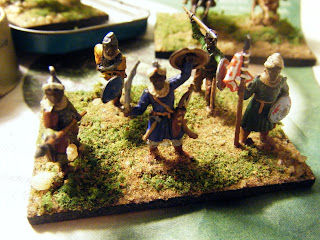 This Dinotopian warband has been sitting around unpainted for months--maybe even years. It feels a little odd to have finally finished them off. 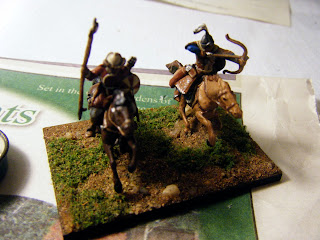 I mentioned that I was thinking of upgrading my old Mongols; here's a test stand. They might be the start of a new army, or they might end up as mercenaries... 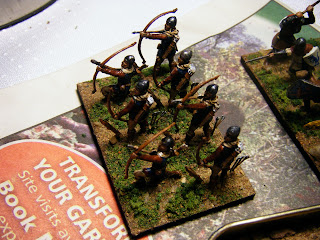 One unit of Shooters; formerly English archers of the Hundred Years' War. They'll probably end up serving in one (or more) of the generic medieval armies of the western states. 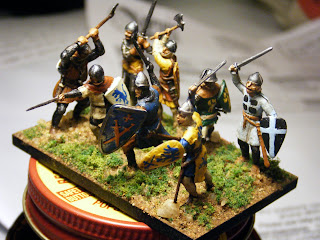 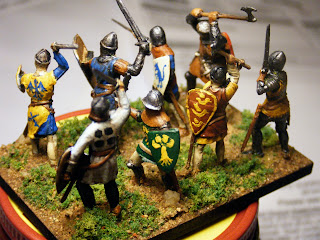 Also in the "miscellaneous medieval" category is this stand of Blades, who are quite a mix. There are some Crusaders, some Livonian knights, a couple of Airfix types, and one Italeri Hundred Years' War guy. But I'm not the only one who has been painting... 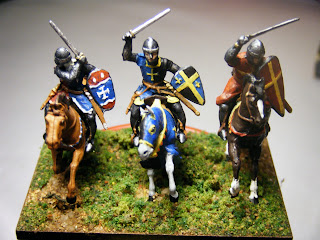 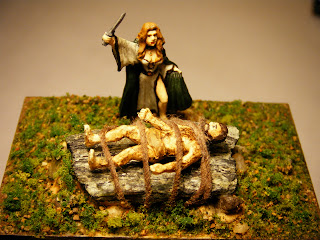 These two pieces are my brother William's work--Knights and a Magician, respectively. (The poor hirsute fellow in the second picture has a rather sad expression... as well he might, given his position...) 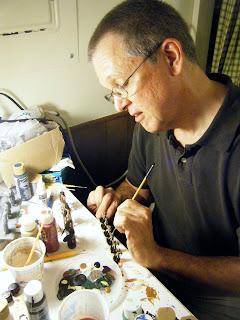 And here is Dad, who is actually painting some Elves!

Anyway, next few days will be dedicated to more Antediluvian infantry--I found a sandwich bag of Macedonians who I had set aside at some point (read: lost) so I should be able to scrape together enough for almost an entire Hordes of the Things army...