"Get Me To The Temple On Time" playtest 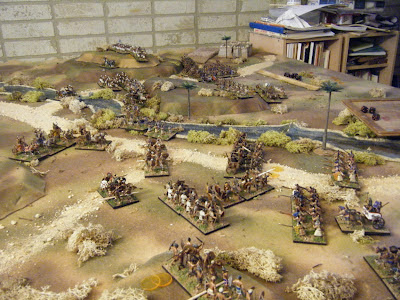 (Where does the title come from, you may ask?)

I had a number of my friends over yesterday to try out a Bronze Age scenario that's been in the works for some time now--based around the mysterious disappearance of a Hittite prince en route to Egypt where he was going to marry King Tutankhamen's widow. (It's historical, see?) The rules were nominally the same as the last time I had the Bronze Age figures out for a game. (See parts 1 & 2) and the forces were split into four commands, two for each side.

This is where I may have gotten a little too clever--I gave each factions a slightly different list of goals, which wasn't a problem, but then I set the starting positions so that each faction would have the most difficult time achieving all the items on their list. (Again, not an issue from a balance standpoint per se, but it meant that everything sort of devolved into one big battle, which is not quite what I had envisioned.) Also, I started the two Egyptian players on table and had the Hittites enter along roads--in retrospect, I think it would have been better the other way around. Oh well--that's what playtesting is for. Everyone seemed to have a good time, despite the sweltering heat that's been afflicting the East Coast lately, so I think I'll count this as a success.

Some pictures, which alas are not my best. (Turns out it's difficult to take pictures and keep the game moving at a reasonable pace. Also, I missed some of the good bits, like when a band of Egyptian mercenaries snuck through a gap in the lines and made a run for the supply train... only to be driven off by the baggage handlers.) 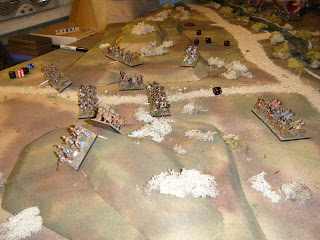 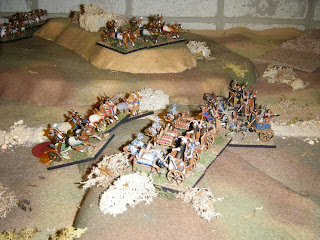 Egyptian chariots clash with Hittites and their allies. 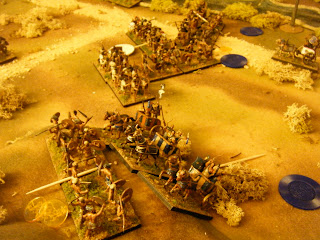 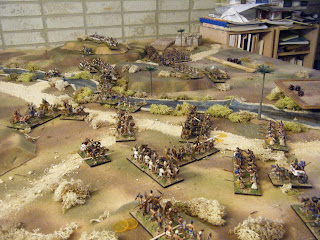 This was the turn that pretty much everyone got into melee. After this, the board started getting a lot emptier. 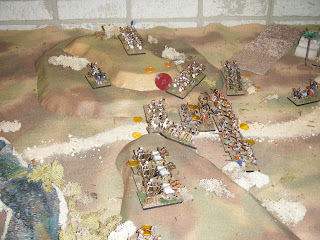 Dad's new Libyans have their moment of glory, swooping down on the flank of some heavy chariots that were already stuck in melee. 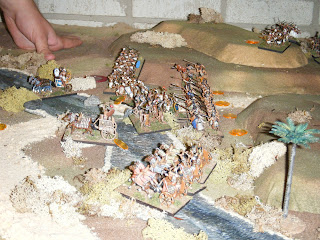 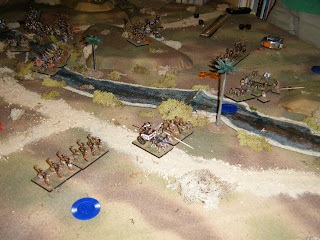 Prince Zannanza attempts to gather up his remaining troops.

In the end, the two Hittite players came out ahead in points, and the prince survived. (Though he didn't manage to make it off the table.) As I said above, the wording of the various factions' goals and their starting positions will probably get changed before the next time I run this.

Afterwards, we had time to play a few other games, including a round of Hordes of the Things. One of my friends had recently acquired some 40K "epic scale" troops, which are just the right size for 6mm HotT, so we threw Space Marines up against my Lizardmen, just for grins. The Lizards won, but it was a pretty close game. 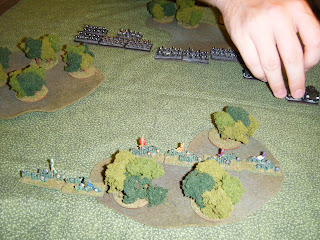 Lizards advance through the woods. 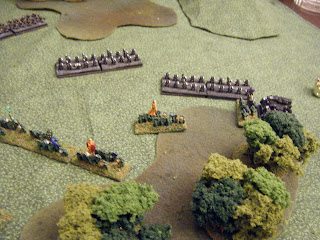 Lost some stands against his Blades in the open. 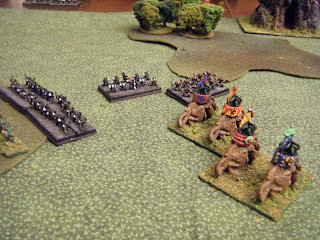 Behemoths, having just trampled over some Shooters. 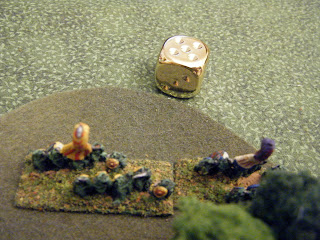 Turns out it's not such a great idea for Blades to chase Warbands into the woods.