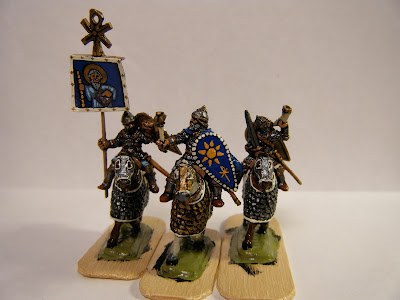 Anyway, I just got done putting the final touches on my army standard-bearer, who will probably be the last Byzantine for at least a little while, since that brings my army up to full strength. Here's what has been added since the previous post: 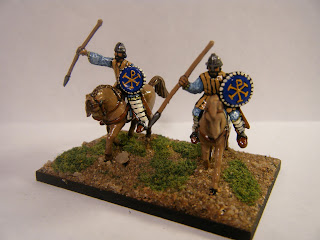 More light cavalry! I've shown pictures of these ones before, and there's not really anything new about these particular ones. 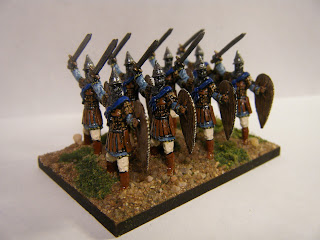 Blades! The Plastic Soldier Review confirms my suspicion that these guys were intended as officers, what with their sashes and all, but to my eye they didn't really fit in well with the other infantry (and I wasn't going to need eight officers anyway) so instead I did them up as some sort of elite infantry unit for fantasy-Byzantium. Here's a couple of different angles on them: 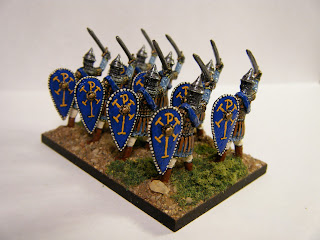 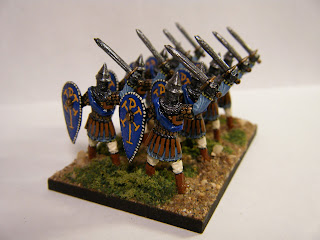 And now, my general's stand. These guys are drawn from the same set of Strelets Russian cavalry as my other heavy cavalry units, but using a slightly different selection of figures and some slight conversions. First up, a guy blowing a horn: 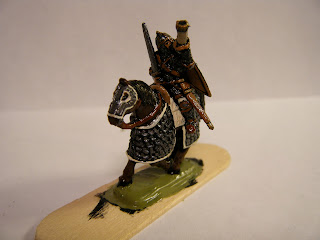 Next, a couple of views of the general himself, on his snazzy white horse with gold armor: 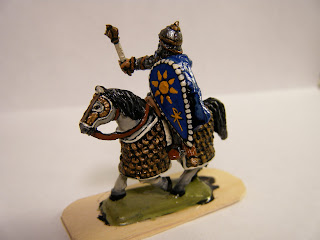 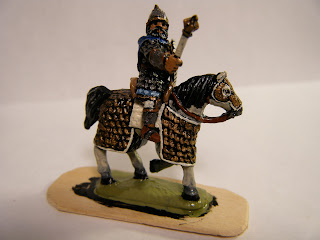 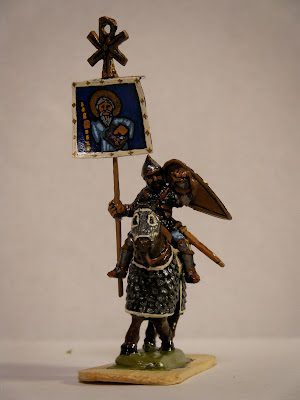 Ten points to anyone who can guess what book the guy on the icon is holding!

And here's the three of them together as they'll be when I get them properly based: 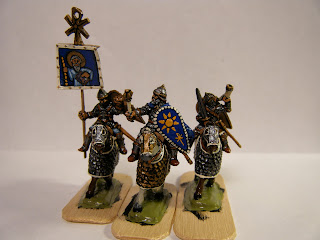