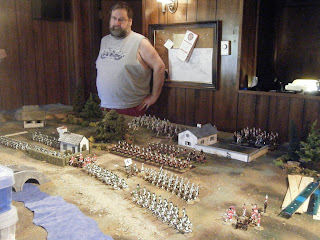 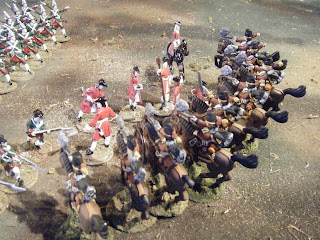 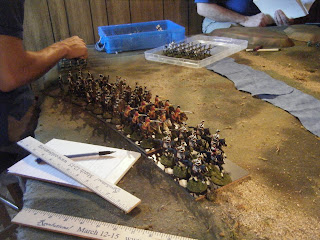 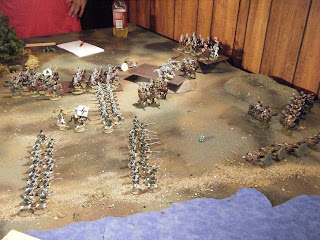 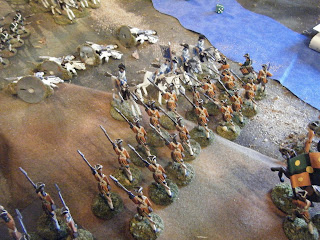 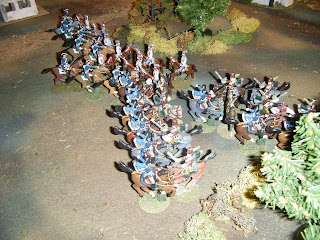 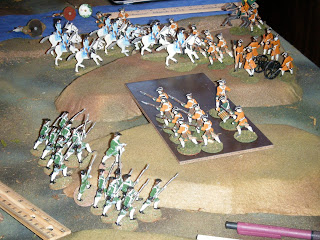 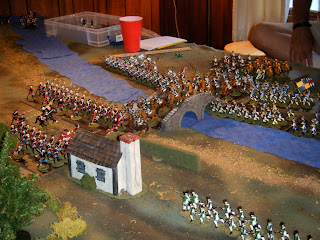 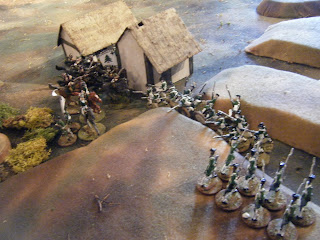 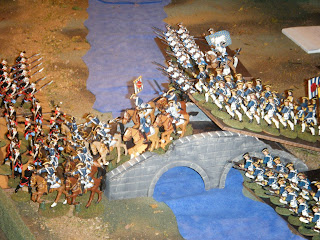 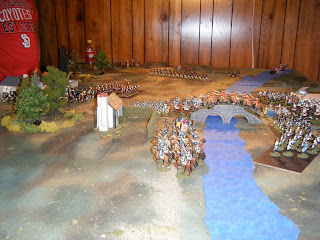 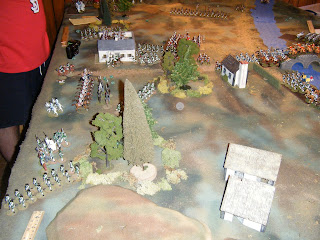 All in all, it was an interesting scenario. As one of the Pragmatic players, I think the Alliance had it tougher, not knowing the situation or the troops strengths. On the other hand, most of our detachments were fairly small, and the staggered manner in which they arrived meant that it was definitely possible to defeat them in detail--and indeed, the two cavalry forces, though they did a good deal of damage, were destroyed in the process. Then again, we had no issue with taking whatever losses were necessary, whereas the Alliance was told that they had to salvage at least 60% of their troops in order to win. Unfortunately, given the importance of the surprise factor, it would be difficult to run it again... at least with the same players.
Posted by Norman Dean at 5:24 PM