This past weekend was Thanksgiving here in the U.S., and following the ritual consumption of turkey and associated side dishes, we were left with three or so days to devote to other pursuits--preferably those that didn't involve too much vigorous activity. Both gaming and painting fall neatly into this category, so we resolved to do a bit of both--a painting bee on Friday and an NQSYW game on Saturday.

My brother William and I had been tossing around the painting bee idea for the past month or so, but I think it was I who suggested upping the stakes by making it a contest--one point for each 20mm infantryman painted within our time limit, and three points for each 20mm cavalryman, with the loser to buy pizza for everyone afterwards. Apparently the promise of pizza really energized Dad, as he managed to crank out seven Punic War Spanish cavalry in the alloted five hours. 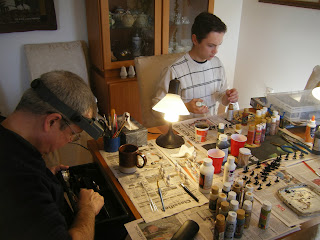 My competitors ready their paints and brushes. 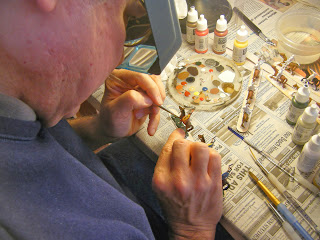 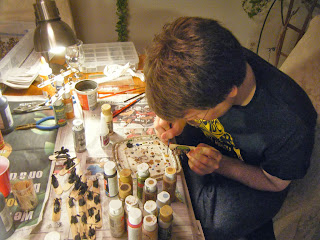 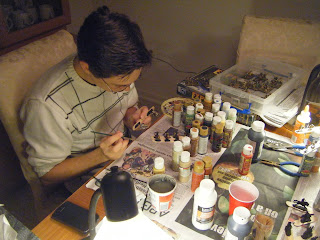 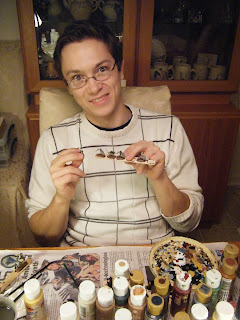 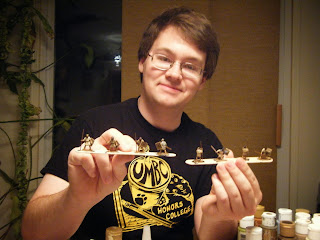 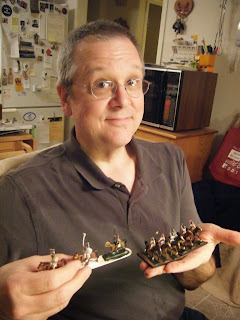 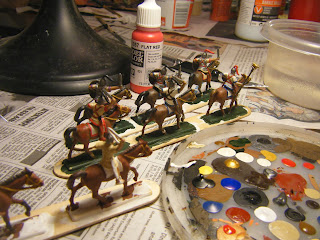 A closer look at Dad's cavalry...

William finished up some Almoravid auxiliaries, while I completed some Bronze Age spearmen (more Robin Hood conversions) who had been cluttering up my painting desk for a while. We were all pretty stiff by the end of five hours of painting--next time we do something like this, maybe we'll agree to take a break in the middle...

The next morning, we set up a battle with the NQSYW figures. The scenario saw both sides trying to take and hold a small town and a large walled inn. Dad and I took one side, opposed by William and an iPad with Ross Macfarlane's voice. Our opponents were given two regiments of heavy cavalry, a regiment of line infantry, and a battery of guns. On our side were 1 2/3 regiments of heavy cavalry, a regiment of light cavalry, and a light infantry battalion. As it turned out, this was probably not a good mix of troops for this scenario, but matters were only made worse by abysmal die-rolling on our part. 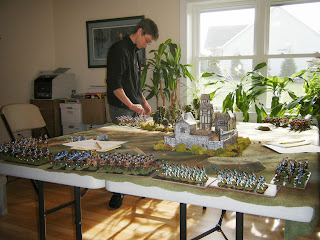 Setting up the table. 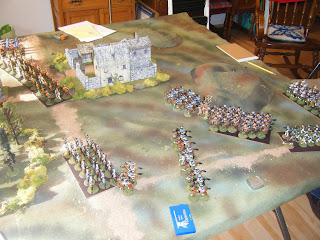 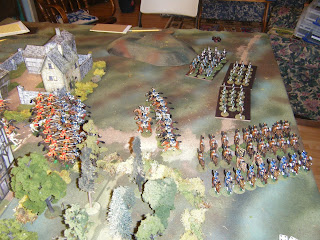 First cavalry action, off to the left. 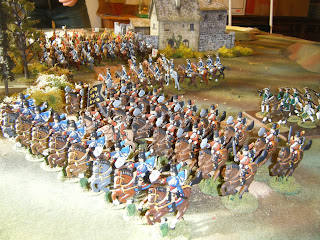 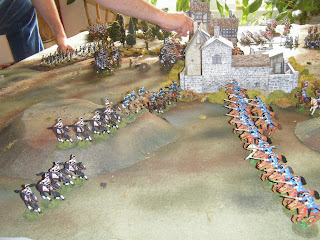 Cavalry lining up on the other flank. 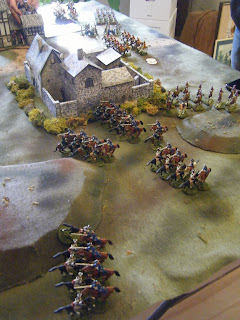 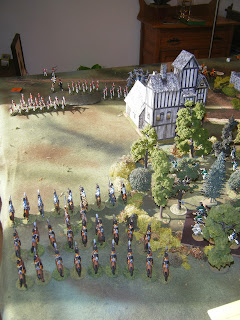 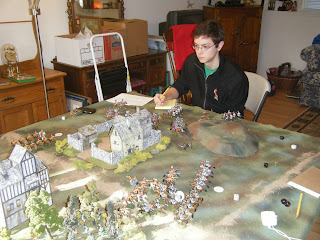 The last picture before my camera battery died...

The initial plan was to try to get the advantage with our cavalry, while depending on the superior marksmanship of the light infantry to overcome their line infantry. Unfortunately, we lost almost all of the cavalry melees, and the light infantry just hung out in the woods getting shot by enemy troops in the town. At one point I attempted to charge the enemy infantry with my hussars, but was repulsed when they formed square. After that, I pulled the rest back to attempt to turn the tide of the cavalry actions in the center and on our right flank, but to no great success. The lack of a third company in the right-flank cavalry unit really told, as they were able to hold troops in reserve and catch us while we were rallying after the first round of melee. We did eventually come out on top in the center, but casualties were too heavy and we were forced to withdraw.

Once again, my poor hussars got drawn into fights with heavy cavalry and butchered. At least my cuirassiers were able to put up a better fight--apparently I should paint more of them...

And speaking of painting, after getting home this afternoon, I based my spearmen from the painting bee, as well as finishing up another little side project: the first of the MiniArt Germanic Warriors I picked up at Cold Wars this year. They'll eventually feed into another 20mm fantasy army, suspiciously similar to the Riders of Rohan... 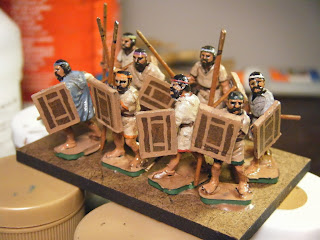 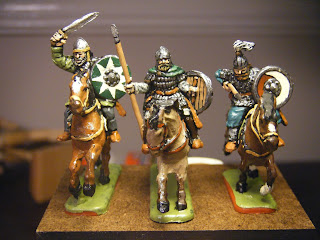 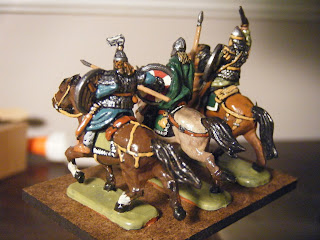