This is the second half of my post-Mycenaean painting spree; as mentioned in my previous post I got some work done on my Proxian 19th-century Imagi-nations armies, but I also had some fantasy odds and ends that I wanted to work on. In particular, I thought it was time to re-visit the Caesar Adventurers set. I've painted a number of the figures over the years, but I still had a few tucked away.

First up, I selected a trio to base together as a stereotypical D&D adventuring party, with a fighter, a magic-user, and a rogue. I expect the three of them will feature in Hordes of the Things games as a Hero unit. (The fighter's coat of arms is actually an allusion to a long-running D&D game I'm in, where our guild's symbol is a phoenix.) 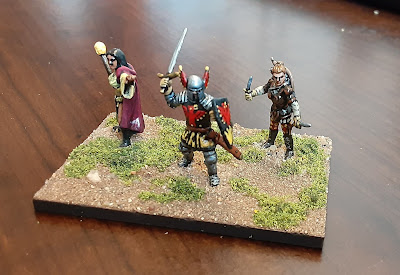 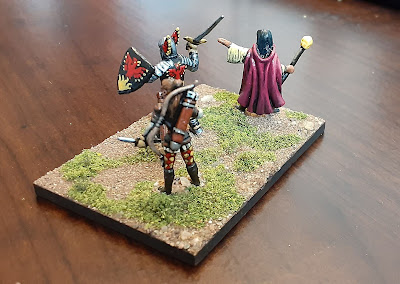 I've also been plotting to add a few fantasy elements to my Bronze Age Egyptians, to allow them to play as a HotT army as well. One of the female magic-users from the Adventurers set looked like she could serve as a priestess; I gave her a couple of retainers from the old Atlantic Pharaoh's Court set. This unit will probably be either a Cleric or Magician as required. 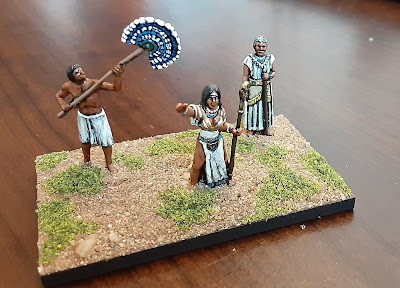 As another HotT element for the Egyptians, I had a couple of crocodiles to serve as Water Lurkers. These are from HaT's "Jungle Adventures" re-issue of the Airfix Tarzan set. 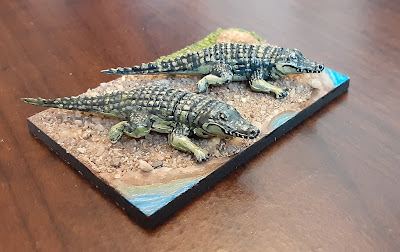 This next one is bit of an oddball; some years ago I picked up several boxes of MiniArt Germanic Warriors at a convention flea market, thinking I would use them as Riders of Rohan. Well, I got as far as painting one stand of them, then kind of lost interest. I sold off the bulk of them to a friend of mine, but I still had another unit that had started prepping. Well, I finally got around to painting that unit, so perhaps now they'll see some action in a future game of N.U.R.D, or as a little mercenary contingent in a HotT campaign. 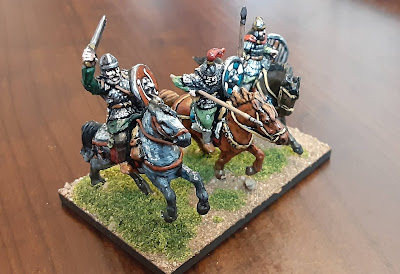 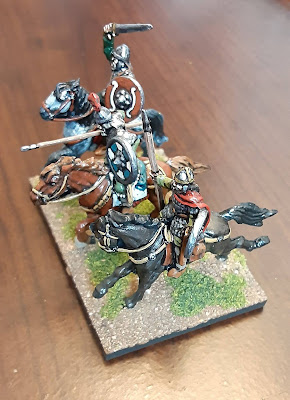 Moving over to the 28mm side of things, I also got a few more Reaper Bones figures painted. This one is a Psychic from their Pathfinder range. I actually painted a version of this figure in a speed-painting contest at Gen Con a couple of years ago and I liked it enough to get a plastic Bones version when it became available. 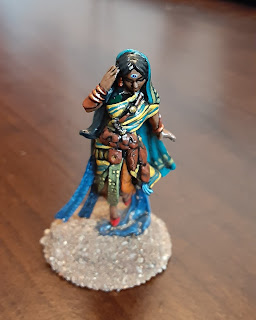 Finally, I painted up a gang of lizardfolk to match some I did a couple of years back. They might see action as primitives in Stargrave, or if we return to the Ghost Archipelago some day. 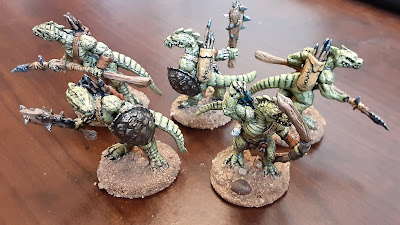 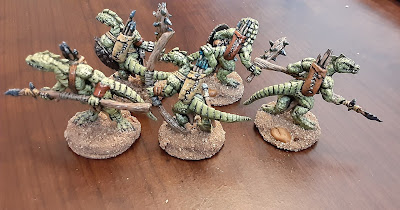 Next up, it will be the Bronze Age once more... perhaps for the last time! (Though I've said that before, haven't I?)
Posted by Norman Dean at 12:38 PM 2 comments: