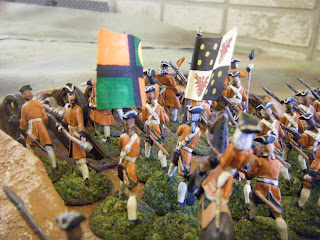 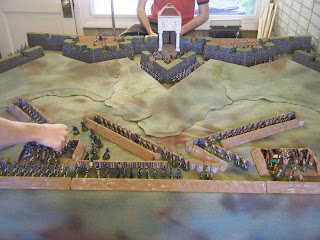 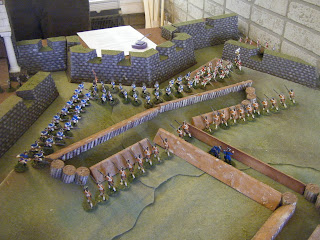 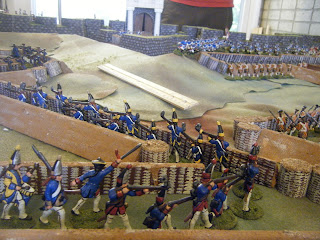 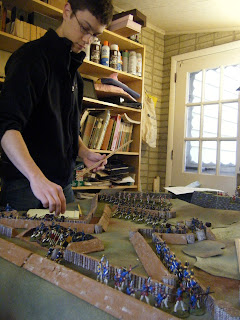 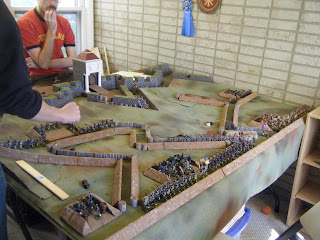 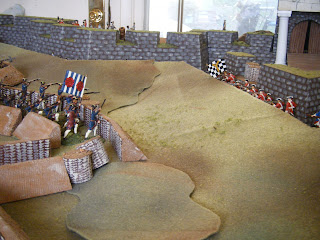 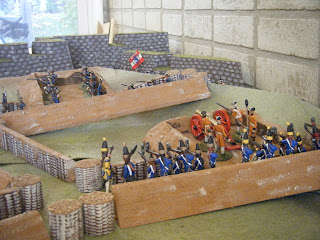 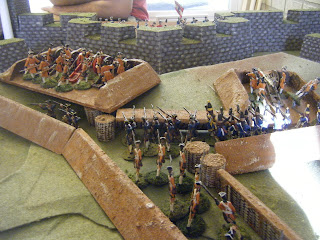 All in all, I thought it went pretty well--there were definitely some moments early on when I thought we were in trouble, especially when I saw three whole companies come pouring out to attack my diggers--but some lucky shooting managed to turn things around. And it was good to get the fortress on the table again, too--the siege has a different flavor to it than a regular Charge! game, so it's nice to switch things up every so often. That being said, my next goal is to get my shiny new cavalry squadron on the table--hussars aren't much use in the trenches, after all...
Posted by Norman Dean at 11:25 PM