It's been a while since I've posted anything, mostly because I haven't been doing much miniatures stuff, which is my normal topic on here. (Well, I played a few rounds of Hordes of the Things with Dad during the recent hurricane--won two out of three, actually. But that barely counts.)


So what have I been doing? The answer, as you might deduce from the title, is maps. Alternate history maps, to be precise. One of the sites I frequent, http://www.alternatehistory.com/, is devoted to the discussion of history and how it might have gone differently--across a range of periods and with varying levels of seriousness. Naturally, maps are abundant and important, and I had it in my mind to try my hand at a few of my own. In each case, there's a bit of verbiage to provide some context or some background. 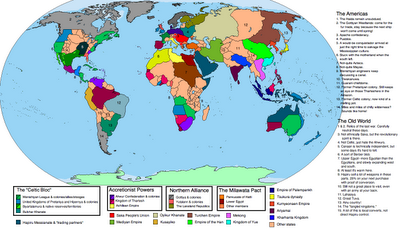 It has been almost three thousand years since a Hittite prince married a Pharaoh's widow and laid the groundwork for one of this world's first and greatest empires--at its height it ran from from the Danube to the Tigris and from the Crimea to the first cataract of the Nile. In this world there was no Bronze Age collapse, although a period of turmoil led to some ethnic reshuffling. Most notably, a number of Achaean Greeks ended up heading west to Italy rather than knuckle under to Hittite rule, and the wandering Habiru herdsmen ended up settling in the Hejaz, rather than fertile Canaan.
The Achaean exiles made themselves at home in Italy, absorbing the ancestors of the Latins and the Etruscans and writing epic poems about the Lost Homeland. For a long time they dominated the western Mediterranean, but they could never entirely overwhelm the Celtic or Hispanic tribes. Meanwhile, the Hittite empire fell into decline; incursions by Phyrigians, Scythians, and Medes became more frequent. Upper Egypt, never entirely assimilated, eventually broke free. A few centuries later, Lower Egypt followed suit.
The final blow came with the irruption of the Habiru from the deep desert that had long been their home. The prophet Yeshua unified the scattered tribes under his spiritual and temporal authority, overrunning much of the southeastern littoral and sacking Hattusas. A fragment of the empire hung on for a few centuries further, clinging to the shores of the Aegean under a dynasty of Scythian kings. At last it became just the westernmost province of the Medean Empire. Eventually the tide of the Habiru receded, although their traders and missionaries kept carrying their religion west, where it mutated and fused with the local polytheisms.
But east and west, the steppe nomads were on the move. Like the Scythians before them, the Avars swept into Europe, but rather than heading south of the Danube they pushed west across the north German plain. The Germanic tribes were split--some ended up in Scandinavia, with a few invading northern Britain, and the rest piled south into Italy and the Balkans, upsetting the Achaean applecart. The Celtic tribes of France and southern Britain fared better. Far to the east, another band of Scythians carved out an empire along the Indus.
The next several centuries were a period of slow rebuilding and consolidation, as the tiny kingdoms and chiefdoms--Celtic and Achaean, Germanic and Scythian and Avar--began to congeal into larger, feudal nations. Veneti shipbuilding technology spread north and south, and seafarers from Scandinavia to Iberia began to wonder what lay to the west.
No one knows who exactly discovered the Westlands, as the Americas are generally known in this world. But contact was rare and haphazard at first; North America offered little to temp the early Pretanyan and Wenishiyan and Gottiyan explorers. Native states had some time to adapt to the new crops and new technology brought by the easterners. For a long time, the east coast colonies remained a sideshow while a series of wars wracked Europe.
But now things are changing. The uneasy peace has held for a surprisingly long time, and the states of Europe have shifted their attention to colonial rivalries and proxy wars. Many grandiose claims have been made on the Westlands, and on Africa, and on the mysterious southeast country--but many of these claims have proved hard to enforce in the force of more numerous natives. In the east, the ancient land of Hatti has freed itself from the weakening grip of the Medes. The local gentry have cobbled together a political system that most closely resembles the Polish-Lithuanian Commonwealth of our world, but it remains one of very few republics of any sort. The Saka to the north have taken these ideas and radicalized them, much to the dismay of their neighbors--the emergence of the Saka People's Union has thrown a wrench into the diplomatic workings of Europe.
Technology is mostly on par with the 17th century in our world; gunpowder is known, and Vauban-style fortifications are common. Shipbuilding is more advanced, though steam is still unknown. There is not much by way of science, but there is a good deal of rule-of-thumb engineering going on. It is a world where everyday life is still an odd mix of mysticism and pragmatism, where life is cheap, gold is precious, and opportunity and danger are still one and the same. 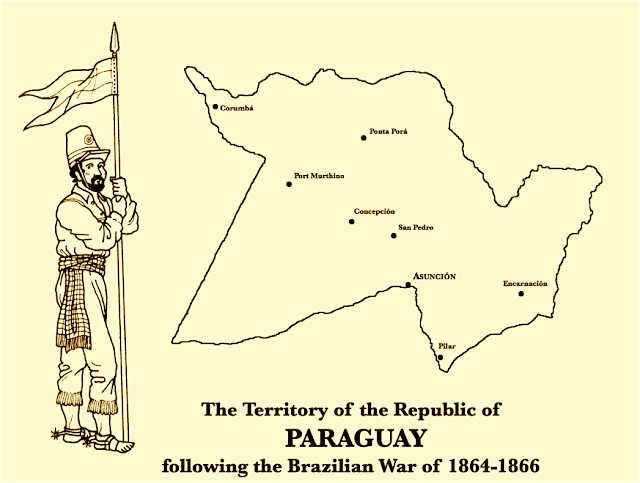 What if Francisco Solano Lopez hadn't been quite such a headstrong megalomaniac? With a little bit of diplomatic maneuvering (not really his strong suit in OTL) he might have kept Argentina and Uruguay out of the War of the Triple Alliance. Facing just Brazil, Paraguay might have stood a chance, and in OTL they managed to occupy a good bit of Mato Grosso province for much of the war. Brazil was not really in a great position to contest this even with the aid of its two allies, so perhaps without them the war might have been a relatively quick Paraguayan victory. (How long this situation might have lasted is anyone's guess...) 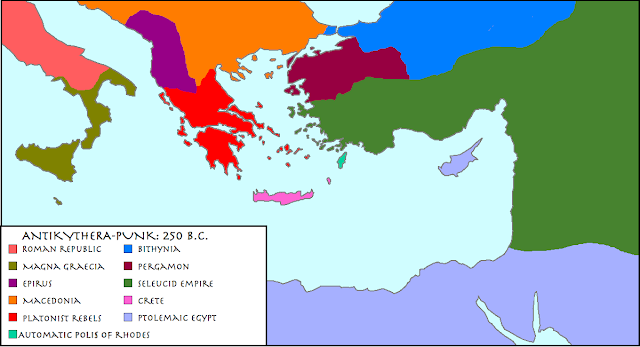 This one was done for a "create your own -punk" contest, along the lines of steampunk or clockpunk.


An uneasy quiet has settled over the wine-dark seas of the eastern Mediterranean. The last few centuries have seen a blossoming in art and literature, philosophy and science--but now that blossom has come to fruition, and the fruit may be Eris's apple of discord.
It has been centuries since the legendary craftsman Daedalus fled to Sicily, but his descendants in Magna Graecia have not forsaken his heritage. Led by Syracusae, they hold the balance of power between Carthage and the Roman Republic--a balance maintained by the work of Archimedes and his disciples. No hostile ship can pass the defenses of Syracusae harbor--the catapults, the ship-shakers, and most terrifying of all, the deadly burning-glasses.
The wars of the Diadochi have ground to a halt for now. Philip of Macedon faces rebellion in the city-states of the south. Inspired by Plato's Republic, many are led by so-called philosopher-kings, each of whom denounces the others as mere tyrants. But despite war and revolution, your polis will see true Utopia in your lifetime, citizen!
The Seleucids still rule the largest empire, and must face the problems that come with that. Unsatisfied with the war elephants that have been used for generations, a few artisans in the western part of the Empire have begun experimenting with engines to rival the "Helepolis" of old--great armored machines that will be of use in the open field and not just the siege.
In Egypt, the Library of Alexandria has flourished under the Ptolemaic dynasty. Philosophers and scientists of all stripes flock to the city, and generous funding has fed the creative fires. Lately there has been much discussion of the device they call the aeolipile, and its potential applications. Meanwhile, other philosophers transcribing the contents of the Library into a vast "knowledge engine" for easier access. And perhaps similar devices could be used to aid in certain calculations...
However, everyone is disturbed by the silence out of Rhodes. The island has long been famed for its merchant fleet, and for the automata built by its craftsmen. But in recent years, traders have been less frequent, and there are rumors that the Rhodian has been sinking any ships that venture too close to the island. Still wilder rumors speak of the great Colossus that bestrides the harbor, and of metal man Talos, crafted by Hephaestus himself to guard the island of Crete. And only the court of Ptolemy knows the truth about the strange ship without a crew that has lately arrived in Alexandria, or the whirring, clanking figure who stepped ashore claiming to be an ambassador from the Automatic Polis of Rhodes... 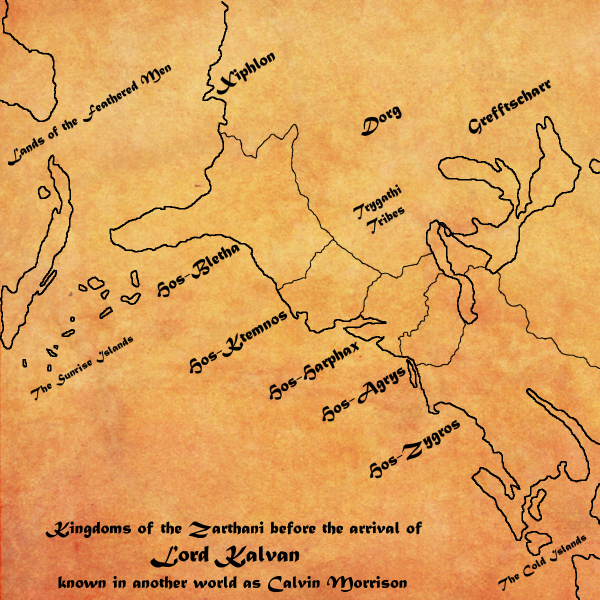 
Anyway, I'm sure I'll be back to miniatures at some point. Keep an eye on the new NQSYW blog (coming soon)... and come to think of it, we could probably use a map or two for that...
Posted by Norman Dean at 12:16 PM