Haven't done one of these for a while; guess it's time for another! Remember, these are alternate history. Don't use them for your school reports.

First up, a map showing the empire of a more successful Queen Zenobia of Palmyra!


Aurelian gets killed a stray arrow, and the Crisis of the Third Century goes even worse for the Rome--the Goths have fun plundering everything that isn't nailed down, while the Empire fractures permanently into several successors--including Queen Zenobia's realm of Palmyra in the east, as Palmyrene cataphracts smash both Gothic raiders and the Italian emperor's half-hearted attempt at reconquest. The map shows the Palmyrene Empire at the time of Queen Zenobia's death in 310 A.D. (Technically the former Queen-Regent Zenobia, as her son Vaballathus came into his majority some years back.) 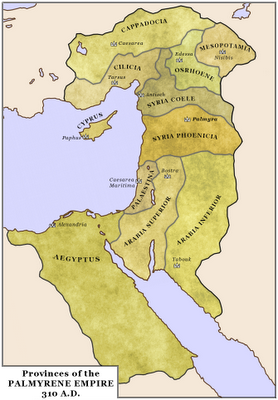 Next up: a world where horses were never domesticated, and the Bactrian camel is the riding animal of choice!


At some point in prehistory, Eurasian wild horses undergo a slight mutation, resulting in slight behavioral changes that render it unsuitable for domestication, much like its relative the zebra. Instead, the Bactrian camel takes the role of the primary riding animal throughout northern Eurasia, while its dromedary cousin plays a similar role in Africa and parts of the Middle East. (Oxen and donkeys are also used in various capacities.)

A certain number of butterflies are in effect here, but the majority of them do not become apparent until the Indo-European expansion of our world fails to occur on schedule. (Some Indo-European speaking groups do make their way into Europe, but their accomplishments are minimal compared to our world.) For the civilizations of the Fertile Crescent and their neighbors, the broad strokes are much the same, though most recognizable individuals have been butterflied away, and any specialist would be able to point to a number of differences.

Around 2000 BCE, the Bactrian camel is domesticated, much as it was in our world--however, this gives the first adopters a comparatively greater advantage than they had in our world, as the Bactrian camel spreads across Eurasia. (Domestication of the dromedary occurs in a similar timeframe, but is outside the scope of this map.) As with the horse in our world, not all the Bactrian-riding cultures are closely related to the original developers, though many of them are. The introduction of domestic camels and the absence of horses will be the final element in setting this world on a divergent path--by 2012, pretty much no elements of language or ethnicity will be recognizable... 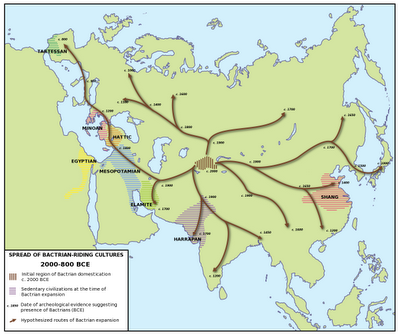 A map focused on New Guinea, because there aren't enough of those!


A PoD somewhere in the 18th century shakes up the balance of power in the East Indies--the Dutch lose some parts of what would have been Indonesia, but gain a piece of western Australia. Time passes; colonialism goes in and out of fashion. Radical ideologies reshape Europe and the rest of the world. Former colonies gain varying degrees of independence. An organization called the International League is formed to prevent the horrors of industrial war from revisiting the world. Over the decades, its mandate evolves until International League troops are being deployed in various troubled parts of the globe far from the centers of power.

One of these is New Guinea, or as the natives call it, Papua--the Disunited Land. Never terribly profitable, various parts of the island kept getting swapped around between the colonial powers, and as a result not much infrastructure ended up getting built. As of forty years ago, New Guinea was still divided between three countries. The Dutch sector was the first to gain independence, as the Republiek van Nieuw-Guinea, followed soon after by former Portuguese Menesesia, which became the República da Menesesia. British Papua was granted independence about five years later as East Papua, just in time to be invaded by the newly unified "Provisional Republic of Papua," consisting of the first two.

While East Papua was eventual overrun and incorporated into the PRP, the Provisional Republic fared poorly--only by sheer numbers had it won the day, and the new country was coming apart at the seams under the stress. Corruption was rampant. Many of the newly-appointed generals were running their territories effectively as independent fiefs, with some going so far as to broker deals with foreign mineral consortiums and arms manufacturers in order to maintain their power. Ethnic violence and sectional conflicts both boiled over, following a coup attempt, and East Papua made a bid to regain its independence.

Currently, the entire island is nominally under the control of the Second Provisional Republic of Papua, but their control barely extends beyond artillery range of the capital. The East Papuan government has regained most of former British Papua, but their independence is still not recognized by much of the world. (With the exception of Australia, which prefers them to the PRP as far as neighbors go, and supports them with the occasional arms shipment.) The remainder of the island is a stew of warlords, Islamic radicals, leftist rebels, and stone-age tribes whose introduction to the wonders of modern technology has been the assault rifle. In recent years, pirates have begun to harass shipping through the region, and the International League has put up a cordon and dispatched peacekeeping forces to occupy several coastal cities in an effort to deal with this problem, but for the foreseeable future, Papua will continue to live up to its name... 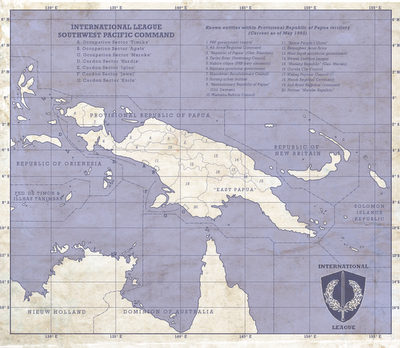 Finally, a world locked in a cold war between Imperial Germany and... the Utopian States of America?

Sometime in the 1820's, Robert Owen's life takes a slightly different term. While his views on human society remain much the same, he does not attempt to put his theory into practice with the "New Harmony" settlement--instead, he devotes his time to writing more books, including one called Towards An Improved Human Society which describes a world made up of so-called "townships" of a a few thousand people, each formed around some common trade or attribute, and how a greater society of these townships might be formed. Without the failure of New Harmony to discredit it, these views remain popular in certain intellectual circles; later writers build upon them to form the basis of what is known as the Utopian Movement.

In the United States, Utopian ideas stay mostly below the surface into the mid-19th century, as the country is busy with a civil war and a period of Reconstruction which both proceed much as in our own world. (Although Seward never ends up purchasing Alaska, for one thing.) However, the turbulent era of economic growth and experimentation followed by a severe depression leads to Utopian ideas gaining a wider audience, and a number of Owenite and similar communities  are founded throughout the country. A few of these prosper, and others emulate them. A second wave of Utopian philosophy and political thought develops during this period, and some Utopian communities remain even as the country recovers.

The US manages to avoid getting involved in this world's equivalent of World War I, which occurs in the 1890's and sees Britain and Germany defeat France and Russia. Unfortunately, it does not manage to avoid a second round of economic malaise, and in the aftermath of that, the Utopians emerge as a major political party for the first time. A perfect storm of charismatic leaders, clever politicking, and a few dirty tricks puts the Utopians in power by 1912, and pretty soon a few minor reforms have snowballed into a "Fifty Year Plan" to reshape the country along Utopian lines. Citizens are encouraged to join "phalansteries," the descendants of Owen's "townships"; eventually membership becomes mandatory, and the phalansteries evolve into economic and administrative units. After a dismal showing backing the Germans in the Second European War, the military is reformed along Utopian lines. Dissenters are assigned to "special education phalansteries"; some flee abroad instead. By the time the first generation of collectively-raised children comes to adulthood, America is an entirely different place.

In the meantime, Germany has been building a more conventional powerbase, balancing imperial authority with a modicum of constitutional reform, and harnessing growing industry with a system of powerful cartels. The Second European War saw revanchist elements in France and Russia defeated decisively;  the formation of the Eurobund established German economic and political leadership of the continent. Britain has remained acquiescent, more concerned with trying to hold its empire together than challenging German dominance.

The success of the Utopians in America has inspired similar movements elsewhere; the details vary widely, and poor Robert Owen would be appalled by many of the results. Perhaps the largest is the "Peach Blossom Movement," which has reunified much of the country, formerly a mess of warlordism and European interference. Liberia's ties to the US have extended to the Utopian ideology; the Liberian variant is virulently anti-colonialist as well, much to the distress of the Eurobund, which is struggling to maintain its influence abroad. Britain's attempts to hold onto its empire have been largely unsuccessful: India was a spectacular and bloody failure; much of Africa was less spectacular but equally bloody, and the "white dominions" are largely autonomous these days--with the exception of Canada, which is extremely concerned about its southern neighbor. Russia has recently slipped the German leash--still annoyed by the loss of Poland, Ukraine, and the Baltics, it has been cozying up to the US.

Atomic weapons have been developed by both German and American scientists, but rocket technology lags significantly behind our world; vast fleets of jet bombers are still the delivery system of choice. In fact, technology in general lags behind our world--despite the propaganda, the US system does not work nearly as well as advertised, and a significant amount of its brainpower is devoted to working the bugs out of that system--and what with one thing and another, the Germans aren't much better off. Space travel is still out of the picture, but the Americans have been working on building a self-sufficient community in Antarctica to serve as a model for the next stage of Utopia... if no one ends the world first. 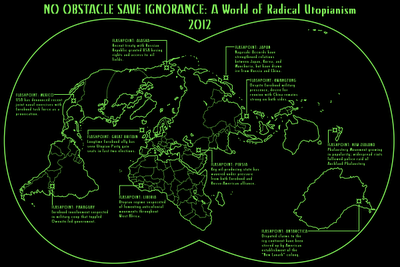 (Yes, I've been going through one of my "weird map projection" phases...)
Posted by Norman Dean at 12:00 PM